Transforming organization might appear to be an overwhelming responsibility for a business owner, but that is because the outlook of majority of  entrepreneurs toward transformation is flawed. For transformation to be effective and enduring, promoters must  learn to first change themselves. My recommendation to entrepreneurs is to first unobtrusively introspect and engage in self transformation. This is one thing they have in complete control and can change it fastest.

If you desire to transform your organization, start with yourself first…

Personal transformation is all about learning to change our own character, values, and dogmas to become a more responsive individuals. It is an “emptying process” of letting go of ego, diffidence and fastidiousness. The detoxifying transcendental journey of self-transformation is steered for ‘Being Different’.

Yet, easier said than done!

In a  teak-sculpted lavish boardroom with an arresting oceanic view surreptitiously peering between the folds of overlapping heavy drapes — there rested on an ornate chair, Mr. Doshi, the aging owner of an emergent mid-sized company. Just few minutes back, very reluctantly he whispered a delicate question to me which left me with tangled threads of limited vulnerable probabilities.

For long, Mr. Doshi was harbouring a serious thought of replacing his only son with a high-profile professional from the same industry and was deeply troubled that the issue would end up in an ugly family turbulence. His close confidants warned him to rather initially induct him in the system reporting to his son so as to circumvent the vexing resistance from family front.

He mulishly probed me, “So…what do you think? It is high time to run this company in professionalized way.”

I had heard a lot about his son who was something of a fable around the company corridors for his tempestuousness and stony attitude. Many senior members were often critical of his unwanted imposition. After years of frolicking as accompaniment to his father, he was unfailingly pitching himself for the top role at every occasion.

Regrettably, most of the promoters take succession as an unavoidable and difficult chapter in their life that unwillingly takes place on some undefined day. Whereas the entire progression plan can rather be implemented as a well thought-out qualifying process over a defined period of time. Majority of patriarchs never retire because they never plan. It is evident that progenies born with affluence are often improvised to manage complexities of the business. At times, their lack of accountability and casual approach towards critical business judgements puts the business in difficulties.

Often, I vehemently advocate to my clients that a family member may acquire a position in the family business as a gift from the family, but role obligations attached to that position needs to be ‘hard earned’ by him over a period of time. Succession is a process and not an event.

There is something naturally fascinating about Indian entrepreneurs…

Typically, most of the first generation business owners, deep within, are convinced that only they can successfully lead the organization . They are right also. An organization is nothing but dream realization of a founder’s vision, insights, and character.  I have always admired their struggle to keep the business buoyant through absolute hard work and ingenuity. However with time and growth, they often have to learn to give up the control over the organization. Few do it very willingly and effortlessly, whereas others go through a elongated learning curve and embarrassingly disturbing experiences.

Professionalism is not an experiment…

In my consulting assignments, the most common mandate from promoters is to infuse “professionalization” in their business. unfortunately, the closest definition of professionalization for most of promoters is to hire professionals to run the company. I think, every business owner, at some time in his business journey, nurtures a fantasy of professionalizing his family firm without realizing that inducting  professionals is just one potential constituent of professionalizing a family business. Besides, professionalism is not person specific. It is an integrated and all-inclusive approach towards dealing with business realities. Yet, in the race to prove the point, they run after big names in the industry for heading their key functions without realizing that it demands significantly modifying their own approach and behaviour. In majority of cases, their entire struggle is to possess few trophies just for its ornamental value. Initial changeover happens with a ‘grand show’ but soon business owners start tagging those assembled crowns as over-expensive and non-contributing outsiders. With every passing day , the feeling propagates into a serious doubt over their expediency, further unduly shadowed by questions on their level of commitment and loyalty. On the other hand, a professional also feels utterly out of place in that environment where major decisions are owner-centric, ad hoc, and purely on gut feelings. The mutual antipathy lingers for a while till either of them resolve to call it a day. I have seen many such organizations with long reeking trail of parcelled-crowns. Paradoxically, promoters always take such planned-parting as personal insult to them. But the reality is that it’s going to happen.

In most of MSMEs, professionals leave jobs for only one reason: Adjustment issues with the promoter…

In most family businesses, either there is (often) limited autonomy offered to a professional or he is loaded with completely renounced expectations (It is like an empty duty – responsibility without authority). Moreover, owners directly reach out to the lower-level employees with exhaustive commands, thus undermining and further pulverizing the legitimate position of the professional  in the given hierarchy. The fortuitous blend of external professionals with family ownership/ inner-circle employees inevitably creates rumbling hitches. Both of them have hyper tendency to evaluate each other. The inner-team would always have some lucidly articulated justifications to prove their own rectitude against the professionals. Actually it unfolds in many ways – the unconcealed and specific issue-based mutual intolerance to a company wide organized encoded dissent. Most of the time inner-circle employees and old cronies, surreptitiously but systematically, traduce against the professionals. They would never let a professional feel included in the organization.

A family business is less likely to be successful with external professionals till business owners learn to give-up and are willing to surrender abundant space for experimentation with necessary margin of errors. To achieve a long-term growth and sustainability, a well-timed induction of professionals in the company is essential. Business owners have to consciously overcome the myopic approach towards inclusion of professionals to stay ahead of the competition. On the other hand, they should objectively evaluate the premeditatedly lodged tittle-tattle by inner circles for deceitful purposes.

Often, first generation patriarchs don’t let go that easily. For them, every addition is weighed on cost-benefit ratio. They get into some sort of personalized competition to prove professionals wrong. On the contrary, I find many second generation entrepreneurs much more open about welcoming professionals in the organization.  They are more educated, organized, technology savvy, and process driven to mentally equate with the professionals.

As a business owner, it is critical to realize that success needs a rich fusion of professionals and family employees. The professionals do have an ability to bring an objectively detached perspective to the company’s decision making without unjustifiably prejudiced by their own personal agenda. They would have an independent approach towards important matters and that may not possibly echo the company’s traditional mentality. It is always a conscious trade-off between inducting a potential professional or continue with an incompatible family member. It certainly takes thoughtful contemplation and preparedness.

With accelerated growth, there is no better option for a business owner but to consider inclusion of right professionals into their family ‘inner circle’. The real challenge is to cultivate an environment of vulnerable trust that endures even inadequacies of the incumbents. An environment, where a professional feels like investing his entire energy towards the objectives of the company. 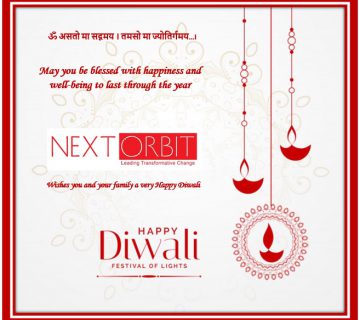 It is hard to be just!